When choosing a Toronto criminal lawyer you want a criminal defence firm on your side that invests the effort, creativity and determination that is required to achieve exceptional results. Caramanna, Friedberg LLP has an established history of employing resourceful legal talent, exceeding expectations and leaving no stone unturned in the defence of all criminal cases.

When you are in trouble, we are here to help. A prominent criminal defence law firm, Caramanna, Friedberg LLP provides exhaustive legal advice and passionate advocacy for clients facing criminal, quasi-criminal and regulatory offences in all Ontario courts. Located in Toronto, Ontario, Caramanna Friedberg’s lawyers are innovators in the field of criminal law. Founded in 2002, our firm is now one of the largest criminal litigation firms in the province of Ontario. Our firm has an outstanding track record defending clients with skillful representation from the earliest stages of the criminal process through to trial, with an emphasis on professionalism, client services and impassioned advocacy. We will work tirelessly to ensure you receive outstanding legal advice and representation. When we take on a case, exceptional results are our goal. If you or someone you care about is looking for a criminal lawyer, we encourage you to call us at (416) 924-5969 to schedule a consultation.

Drinking and Driving (aka “DUI”) Offences

Getting charged with a Drinking and Driving offence can be a very daunting experience, we are here to help.

Drinking and Driving offences include the following:

Motorized Vehicles include, but, are not limited to the following:

Ontario is a leader in combating impaired driving through some of the toughest laws and programs in North America.

If you are charged with a drinking and driving offence, you will,

If you are convicted with a drinking and driving offence, you may:

There are three criminal DUI offences in Canada. The 3 offences include:

The drinking and driving offences requires proof that a person’s ability to operate a motor vehicle was impaired by alcohol or drugs at the time of driving or the time of being in care and control of a motor vehicle. Even slight impairment can support an impaired driving charge. However, regardless of the extent of the alleged impairment, it still must be proven beyond a reasonable doubt. The factors that courts consider in assessing drinking and driving offences vary from case to case, but may include evidence of balance, comprehension, co-ordination, fine motor skills, judgment, physical movement and reaction time. Comprehension difficulties, or a lack of coordination, can be used to support a charge of impaired driving.

Sometimes people are charged with being in “care and control” of a vehicle while impaired, or while having excess blood alcohol. In these circumstances, an individual is charged with a drinking and driving offence even though they were not operating a vehicle, and possibly even though they were not behind the wheel at all. This is common where a person has decided to “sleep it off” in their car. Intention is critical when defending these cases. Was the accused intending to operate the vehicle, and what was the likelihood of the vehicle being accidentally set into motion? Other factors such as the location of the keys, the position of the person in the vehicle, and a person’s plan for alternative transportation are all relevant considerations when defending an allegation of a drinking and driving offence.

2. DRIVING / HAVING CARE AND CONTROL WHILE OVER 80

This charge is very technical. A person commits an “over 80” offence when they are either operating a motor vehicle, or in care and control of a motor vehicle with over 80mg of alcohol in 100mL of blood. The analysis of blood alcohol level is made through ether breath or blood samples. Typically, defence counsel will argue to have the samples excluded from the court’s consideration, or challenge the accuracy of the findings. In cases where the prosecution relies on toxicology reports, defence counsel will argue the assumptions the extrapolated readings are predicated on are inaccurate.

Unless there is a reasonable excuse, Canadians are legally obligated to provide samples of their breath when given a valid demand to provide a suitable sample. The first step in defending a charge of refusing or failing to provide a breath sample is for defence counsel to evaluate whether the demand was “valid.” It is not an offence to refuse to comply with an invalid demand. It is only an offence to refuse to comply with a valid and lawful demand. The defence counsel must also evaluate whether there was a reasonable excuse for the failure to provide a breath sample. Refusals must be final and unequivocal. Therefore, it must also be assessed whether you were given a reasonable opportunity to provide the requested sample.

The repercussions for drinking and driving are serious. If convicted, one faces the following consequences:

In every case, if convicted of drinking and driving, you will have a criminal record, much higher insurance rates once you resume driving, and you will have to complete remedial measures implemented by the MTO in order to have your licence reinstated.

When a person is injured or killed as a result of your offence, the drinking and driving consequences are more severe.

Drinking and Driving Offences and the Ministry of Transportation.

If convicted of a drinking and driving offence, the Ministry of Transportation may implement the following;

On a First offence:

On a Second Offence:

On a Third Offence

Sal Caramanna graduated from Osgoode Hall Law School in 1995 and was called to the Bar of Ontario in 1997. Since that time, he has practiced exclusively in the area of criminal law as defence counsel and has become a leading member of the criminal defence bar in the Toronto area. He has a particular interest in defending high-stakes charges and complex cases, and has represented clients charged with First Degree Murder, Manslaughter, Participating in a Criminal Organization, Conspiracy to Traffic in Controlled Drugs, Trafficking and Importing Narcotics, Firearms offences, Corporate and Commercial Fraud, Sexual Assault, Aggravated Assault, and Criminal Negligence Causing Death.

Mr. Caramanna is a fearless and innovative advocate. He has conducted hundreds of trials in all levels of trial courts in Ontario, and in virtually every court in south-central Ontario. He has had particular success in arguing cases before juries. Many cases he has defended have been high profile and covered extensively by the media.

Prior to law school, Mr. Caramanna graduated with an Honours Bachelor of Science degree from the University of Toronto in 1992 where he obtained a Specialist degree in Nutritional Sciences, one of the pre-medical school programmes at U of T. His background in science has proven particularly useful in defending cases involving forensic evidence and scientific testing.

Matthew Friedberg has been a criminal defence lawyer his entire career. He has successfully represented thousands of clients charged with every type of criminal offence at every level of court in Ontario*. Mr. Friedberg regularly represents individuals charged with extremely serious offences, and many of his cases have been the subject of media attention. He has had particular success defending persons charged with Homicide, Sexual Assault, Domestic Assault, Drug and Firearms offences. Every case is handled with the same skill and determination with the sole aim being to achieve the most positive result possible for the client. He enjoys a reputation as a leading defence lawyer in the Toronto area.

Mr. Friedberg graduated from Osgoode Hall Law School in 1995 after being admitted into that institution at the age of 20. He was called to the Bar of Ontario in 1997. He worked in another criminal defence law firm in Toronto as an associate before starting Caramanna, Friedberg LLP in 2002. He is a member of the Law Society of Ontario, the Criminal Lawyers’ Association, and the Toronto Lawyers’ Association. He has a history of participation with the Canadian Bar Association and Law Society of Ontario mentor program and regularly mentors junior lawyers in the area of criminal law.

Prior to being called to the Bar, Mr. Friedberg graduated from York University with a degree in Philosophy, and was the recipient of numerous academic awards throughout his educational career, including graduating with Distinction (York, 1996), Dean’s Honour Roll (York, 1996), Osler, Hoskin & Harcourt Prize in Labour Law (Osgoode, 1995), McGill Dean’s List (McGill, 1992), McGill Faculty Scholar (McGill 1991), James McGill Scholarship (McGill, 1991).

Mr Friedberg is currently serving on the Communications Committee for the Criminal Lawyers’ Association. 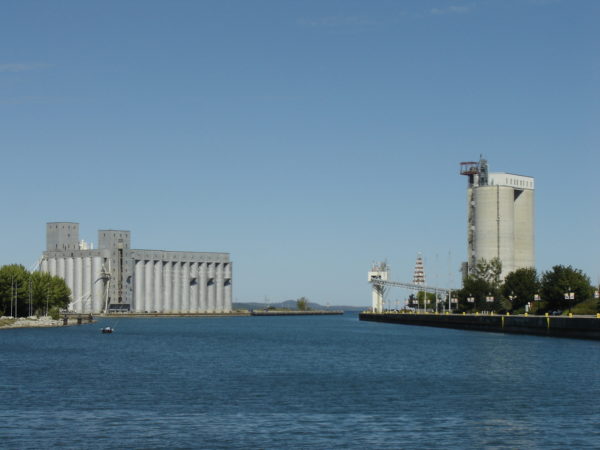